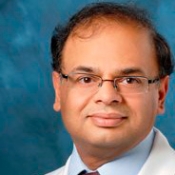 Academic Profile at a Glance

The Department of Pathology and Lab Medicine at Cedars-Sinai was awarded Medical Laboratory Observer "2014 Laboratory of the Year". This award is announced on the occasion of National Laboratory week. The article in the Observer recognizes the department's numerous academic contributions and leadership in patient care-related quality initiatives.