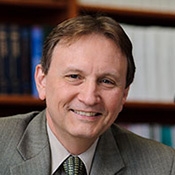 Dr. Suster graduated medical school at the Catholic University School of Medicine in Guayaquil, Ecuador. He took his initial training in anatomic pathology at the University of Tel-Aviv Sackler School of Medicine and the Chaim Sheba Medical Center, Tel-Hashomer, Israel. He immigrated to the United States in 1984 and took his residency training in combined Anatomic and Clinical Pathology at the Mount Sinai Medical Center of Greater Miami, a teaching hospital affiliated with the University of Miami School of Medicine, under the supervision of Dr. Arkadi M. Rywlin. This was followed by a 2-year Fellowship in Research and Surgical Pathology at the Yale University School of Medicine, New Haven, CT, under the supervision of Dr. Juan Rosai. Upon completion of his training, Dr. Suster joined the pathology department at the Mount Sinai Medical Center of Greater Miami in 1990 as Director of the Surgical Pathology, Immunohistochemistry and Electron Microscopy Labs, and was appointed Clinical Professor of Pathology at the University of Miami School of Medicine. In 1998, Dr. Suster was appointed Professor and Vice-Chair, and Director of Anatomic Pathology services for the Ohio State University Hospitals and the Arthur G. James Comprehensive Cancer Center in Columbus, OH. In 2007, Dr. Suster was appointed Professor and Chairman, Department of Pathology & Laboratory Services at the Medical College of Wisconsin. Dr. Suster is the author of more than 300 publications, 26 book chapters, and serves as an editor for the textbook Modern Surgical Pathology (W.B. Saunders, Co). He is a member of the editorial board of several major peer-review journals in the specialty, including the American Journal of Surgical Pathology, the American Journal of Clinical Pathology, the American Journal of Dermatopathology, Archives of Pathology & Laboratory Medicine, Advances in Anatomic Pathology and Seminars in Diagnostic Pathology. He is also one of the founders and Chief Editor of the Annals of Diagnostic Pathology. Dr. Suster has served in committee and leadership positions in major national and international pathology societies, including the United States and Canadian Academy of Pathology, the College of American Pathologists, the American Society for Clinical Pathologists, and others. Dr. Suster's main research interest is in thoracic pathology, including tumors of the lung, pleura and mediastinum, as well as the pathology of tumors of soft tissue, thyroid, skin and other organs.